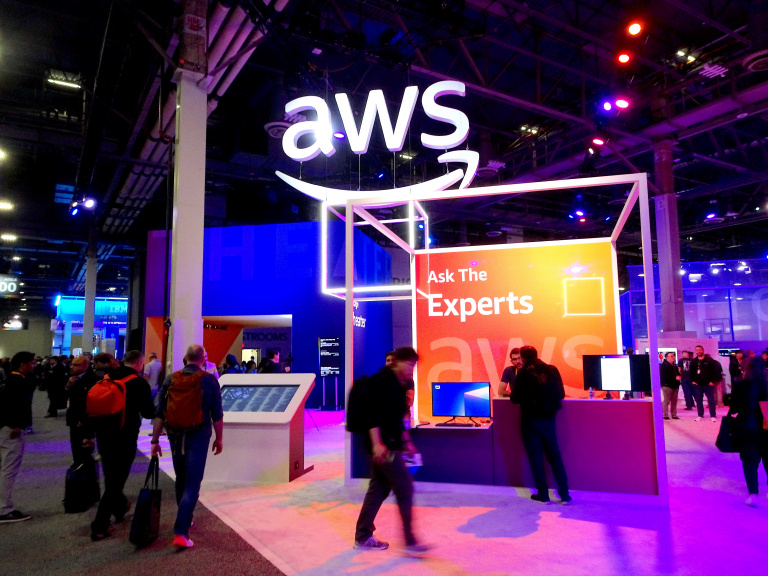 The 11th annual Amazon Web Services re:Invent is now in the books. This was the first fully attended re:Invent since the pandemic — 2021 had a capped audience — and I was curious to see how well-attended the event would be. The “about re:Invent” post, written prior to the start of the show, claimed “over 50,000,” but I heard that it may have been as high as 70,000, which is at pre-pandemic levels.

This is an interesting contrast to CES 2022 that kicked off the year, which drew about 45,000, way down from the close to 200,000 it typically gets. To me, the massive draw for re:Invent indicates that live events are back and people have a thirst to not just to connect with their peers but to engage actively, and that was great to see. This bodes well for industry and vendor events heading into 2023.

As is always the case, re:Invent was filled with more product news than one could digest. Instead of trying to pick and choose the most meaningful announcements, I thought it would be good to highlight my top takeaways from the event.

AWS is becoming a SaaS company

Long known as the leader in infrastructure as a service, AWS has quietly been rolling out software-as-a-service applications. A couple of years ago it launched Amazon Connect to move into contact centers. When initially released, it was a bare-bones product that had telephony, basic interactive voice response and not much more. Since then, AWS has added all the digital channels and has added a bevy of AI features. At re:Invent, AWS announced a number of updates to Connect, such as an artificial intelligence-based agent training tool called Workspace, machine learning based forecasting and a no-code interface for IVR.

The company also announced AWS Supply Chain is now in preview mode. As the name suggests, the product is designed to help businesses increase supply chain visibility to make faster, better-informed decisions that can save money, reduce risk and improve customer experience.

What’s interesting about these announcements is that Connect and Supply Chain are both homegrown apps that Amazon uses to run its own business. The company chose to build them because it felt it gave it a competitive advantage over prebuilt tools, and now it’s taking those capabilities and making them customer-facing.

I believe this process of taking internal apps and launching them as SaaS services will become standard practice for AWS. Future apps could include procurement, HR, expense management or anywhere else AWS feels it has an advantage.

AWS is creating better integrations across its products

When one thinks of AWS, it’s easy to think of a company that makes Lego-type building blocks. Developers take them, assemble the components and build something. Although that process works for many, it isn’t ideal for all organizations because there can be a lot of heavy lifting and skills required to tie the building blocks together.

AWS is now pre-integrating the products to make deployment simpler. As an example, it announced the integration of its relational database, Aurora, and Redshift for cloud data warehousing. Rarely do customers buy one without the other, so tightly coupling them makes sense. Over time I expect more of this as well as simplified integration with its massive ecosystem.

The more customers buy, the more they save

I say this somewhat tongue-in-cheek, but it’s true. One of the things I’ve always liked about the company is it has a strong focus on ensuring their customers optimize spend. AWS has an optimization service that looks at customers’ spending to ensure they are using the best services. Paying for lightly used data to sit in a top end storage tier? No problem: AWS will tell the customer what to move where.

In addition to this, AWS continually lowers prices, often without telling customers. During his keynote, AWS Chief Executive Adam Selipsky noted that it has lowered prices 119 times in 15 years, often without the customer knowing. Pasquale DeMaio, AWS’ vice president of contact center, seconded the statement when he told me the company continually drops toll costs as it negotiates better rates, even when customers are in the middle of a contract.

As far as I know, no other vendor does this, because it’s counterintuitive to a healthy business. However, it builds a tremendous amount of customer loyalty and, by ensuring customers spend less, they invariably spend more as they save more.

The industry momentum around AI and machine learning has never been stronger. Much of the use of them has been by leading-edge companies with sophisticated developers familiar with how to build and operate machine learning and AI models. If the technology is to become ubiquitous, it needs to be democratized through simplification.

At the event, AWS announced eight updates to SageMaker to broaden adoption, including key governance and responsible AI features. Key new features include Role Manager to make it easier for administrators to control access for improved governance, Model Cards to make documentation easier, Model Dashboard offers and centralized dashboard to track performance and behavior, and Studio Notebook to inspect and improve quality and automated model validation. Also, announced were AI Service Cards for responsible AI, which I covered in this post.

AWS is choosing to partner with security vendors rather than compete

Best practices for cloud security are certainly an interesting debate, since there is no consensus as to what role the cloud provider should play versus a third party. Google LLC’s multibillion-dollar acquisition of Mandiant Inc. has thrown the gauntlet down and will compete with the mainstream security vendors. Although AWS has its own security portfolio, there is more of an emphasis on providing information to the security ecosystem to allow that group to do what it does best.

At the show, I discussed this with Cribl CEO Clint Sharp, and he was excited about it because AWS has the size and the market share to make OCSF stick. We discussed how there have been attempts in the past to standardize security, but they were driven by a security vendor, making it seem self-service, versus AWS, which could act as neutral body to the industry. Will it stick? Who knows? But based on the support it has, it is off to a running start.

This was certainly a solid show for AWS even though there was no “big announcement” carry the event. Instead, AWS continues to add bricks to a wall that’s getting broader and higher, and that has enabled it to keep its sizable lead over Microsoft Corp.’s Azure and Google Cloud Platform.