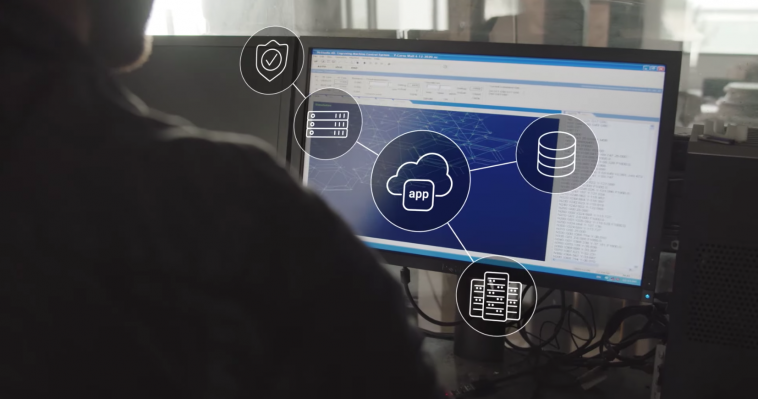 The new solution is the coming together of several acquisitions, including Volterra and Shape Security. Network functions include cloud load balancing, multicloud networking, cloud-native edge computing services and a Kubernetes gateway.

This new service addresses the challenges associated with the shift to distributed clouds. Although the topic of cloud isn’t a new one, it’s important to understand the definition is changing. When someone says “cloud,” the current definition is a centralized compute model where resources are in a private cloud or one of the webscale companies, such as Amazon Web Services Inc. or Google LLC.

In this model, a business would dedicate a workload to a compute resource. Workload A would run in AWS, workload B in a private cloud, workload C in Azure and so on. Under this definition, mult-cloud was a bit of a fallacy. Although businesses used multiple clouds, all components of a specific application would reside in one cloud. Multiple clouds is not the same as multicloud. Multiple cloud is just that – using multiple centralized clouds, whereas multicloud is a single logical cloud spread across numerous clouds.

With multicloud, organizations can leverage multiple cloud providers to build a single app — an API from one cloud, another API from a second, store the data in a third and so on. That’s the concept of true multicloud. Distributed clouds extend this concept to the edge, where data is moved closer to the user. Many consumer apps already follow the distributed cloud model, and enterprises are now making the shift as cloud-native technologies such as containers and microservices make this possible.

Services that run at the edge are often highly ephemeral, where a container is spun up, a task run and then the container deprecated. Edge locations have a fraction of the compute capacity of a centralized cloud, making it inefficient to run services perpetually.

The dynamic nature of distributed clouds creates a challenge for companies as traditional hardware or even virtual appliances take too long to turn up. This is what F5’s new service is addressing. Once a container is invoked, F5 can deliver application delivery controller services via the cloud. API calls can be protected with the WAAP, so there’s no need for local security. The important thing for information technology pros to understand is that distributed clouds are highly dynamic and require supporting infrastructure that is equally dynamic.

With that being said, the whole world is not shifting to distributed cloud overnight. Most newer apps being built are done with modern, cloud-native technologies, but there is a massive installed base of legacy applications. Most companies, outside a few born-in-the-cloud ones, will keep a hybrid model for years, if not decades.

That creates a unique opportunity for F5 because it’s the only vendor that can deliver ADC services in a physical form factor, virtual, as code (via its NGINX acquisition) containerized and as a cloud service. It fulfills the vision Chief Executive Francois Locoh-Donou laid out years ago when he took the helm.

I recall being at a financial analyst event, where Locoh-Donou laid out the transition plan, the chagrin of some equity analysts because it painted a picture that was disruptive to F5’s core hardware business. Legacy workloads are not going away, but the demand for them is in decline, with the growth now coming in the other form factors. F5 can now deliver ADC services any way the customer likes and can ease much of the pain shifting from legacy to cloud to multicloud and, now, to distributed cloud.