This space mission might be one small step for workplace collaboration but it has the potential to be one giant leap for videoconferencing. 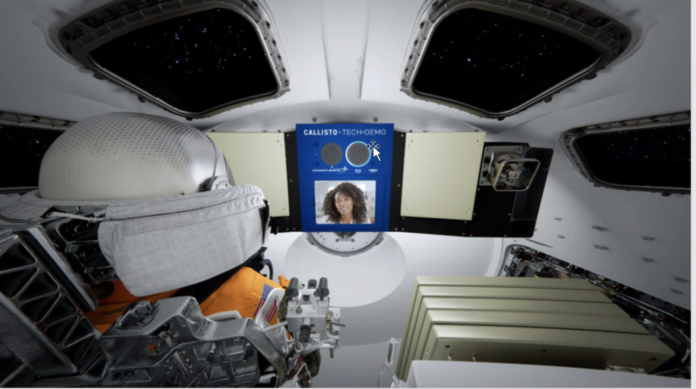 Cisco is bringing its Webex technology to the final frontier: space. Webex will be a part of the Callisto payload on the Orion spacecraft, which launches later this year on a mission called Artemis I.

Formerly known as Exploration Mission-1, this launch will be the first in a series of several complex missions focused on human exploration to the Moon and Mars.

Orion Will be Voice and Video Enabled

The mission is a partnership between NASA and three key vendors: Lockheed Martin, Cisco, and Amazon.

Lockheed Martin is the main contractor for NASA; it built the Orion crew module, crew module adaptor, and launch abort system. The Callisto payload aboard the Orion will contain an iPad equipped with Cisco’s Webex to enable voice and video in deep space. It will also include Amazon’s Alexa cloud-based voice service to provide astronauts with companionship and information.

The project has been in the works since 2018, and is expected to finally make its debut this spring or early summer. This effort will allow NASA and its tech partners to test technology already used on Earth in space, to improve the lives of astronauts, said Aruna Ravichandran, VP and CMO for Cisco Webex Collaboration, in an interview with ZK Research.

Artemis I Will Test the Limits of Collaboration in Space

Artemis I will be a 40-day space mission, focused on simulation. The Orion won’t have humans onboard during the first mission, but rather a simulation of astronauts using Webex to communicate with the Mission Control Center at NASA’s Johnson Space Center in Houston.

A VIP room at the center will house technology for this mission, including WebEx Board Pro and the WebEx DeskPro. Cisco’s goal is to test two uses cases for Webex in space: videoconferencing and whiteboarding.

“Testing these technologies will ensure that when real astronauts go to the Moon, this will make it easier for them and it will be a successful mission,” said Ravichandran.

First, Cisco will facilitate communication between DeskPro and an iPad on Callisto, running Webex video meetings. Cisco expects latency to be a major challenge during the mission, given that the spacecraft will be more than 240,000 miles away from Earth. To address this challenge, Cisco built a proprietary blend of next-generation adaptation and resilience technology, which builds in buffering to deal with delays in deep space.

Additionally, Cisco will demonstrate how astronauts can create, collaborate, and brainstorm when they’re in space using WebEx Board Pro. Astronauts will be able to whiteboard on the Orion and relay it back to the Mission Control Center.

Video Collaboration Pushed to the Next Level

“Collaboration on Earth has become table stakes. We couldn’t have survived without collaboration technologies during the pandemic,” said Ravichandran. “We’re taking it to the next level with NASA’s Artemis I mission. The first mission is all about testing the technology and mastering latency.”

In addition to helping astronauts perform their jobs, Cisco wants to enhance their quality of life. Astronauts on missions often experience loneliness and isolation. Equipping astronauts with videoconferencing tools will allow them to stay connected to family and friends.

Video communication in space has always been problematic due to distance and the challenging nature of the environment. It’s common for communication systems to lose data after just milliseconds of delay. That’s why testing buffering technology developed by Webex engineers will be an integral part of the mission.

Cisco will also address constrained bandwidth in space using a customized version of the AV1 codec to greatly improve video quality. This will ensure transmission of the highest resolution video at 128 kilobits per second (kbps). While AV1 is not widely available in Cisco products yet, the vendor is customizing its technology to implement AV1 on the Orion.

This might be one small step for collaboration but it has the potential to be one giant leap for videoconferencing. Traditional video systems do not deal well with latency. They either drop packets, causing parts of the picture to go missing, or drop the connection completely. Video transmission was never designed for an environment like space.

Cisco is using AI technology to reconstruct video and audio to make decisions around what to send or not send. For example, instead of sending the full image, use lower quality for the background and maintain higher quality for the person’s face.

Lessons learned during the mission could be applied to use cases here on Earth, such as boosting bandwidth utilized by Internet of Things (IoT) devices in the field across industries. Ultimately, these advancements could remove the boundaries for hybrid work, said Ravichandran.

AV1 has been in the works since 2015 but is nearing standardization and could see deployments in areas where bandwidth isn’t plentiful. An example use case is what Cisco is currently working on: bringing video to low bandwidth, high latency environments. And this effort would also allow HD video to be delivered to places where it’s not possible with the use of standard codecs.

“This is a big area of focus for us at Cisco. We want to be the leaders in defining hybrid work,” Ravichandran concluded. “Now we can take it a step further to the final frontier by enabling video communication and collaboration in space.”