The company’s new initiatives set out to prove it’s possible to have “innovation without disruption.” 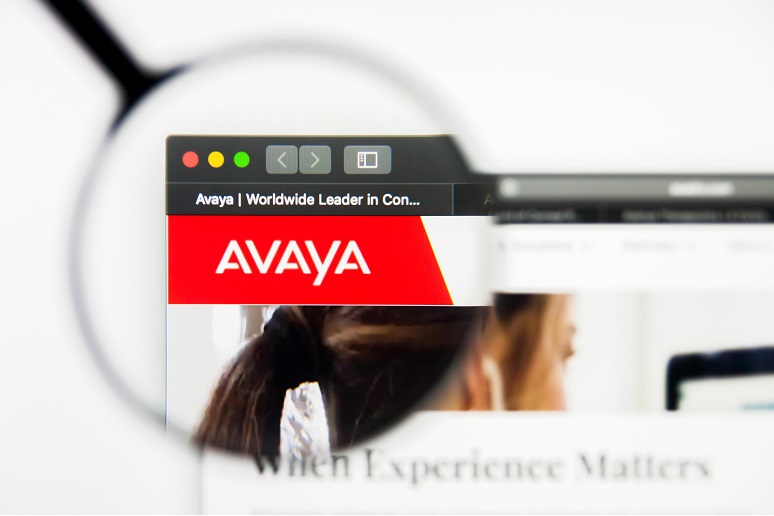 The GITEX Global show was held in Dubai from October 16-20, 2022, and as per usual, the communications provider Avaya used the event to highlight their latest and greatest innovations. Avaya has been using the phrase “Experiences That Matter” to describe its value proposition. Today, businesses compete based on customer and employee experience and unified communications and contact center systems, both of which Avaya is a key vendor in, plays an important role in facilitating new experiences.

This year, while Avaya is still using “Experiences that Matter” as a key part of its messaging, the company went a level deeper at GITEX 2022 with a theme of “innovation without disruption,” the company’s thesis being that it’s important to bring new capabilities to a company but not at the expense of upsetting a company’s current operations. Several of the Avaya announcements at GITEX supported this thesis.

Below are the top five I felt were worth highlighting:

1. Metaverse integration. The metaverse is all the rage! Many consumer companies have hyped it up, and that’s caused CIOs to keep an eye on the technology. Is it real? That’s yet to be determined. What’s missing is a lack of actual use cases. At GITEX, the Avaya Dubai team and partner Avanza Solutions created a joint metaverse solution to support Dubai’s vision of being one of the top metaverse cities . Through the virtual interface, businesses could go through the process of setting up shop in Dubai .

Currently, if an organization wants to do business in Dubai, there are several tasks needed to be done. Avaya and Avanza created a “digital twin” of government services to allow businesses to do this in a single location. Digital twins aren’t the only use case for metaverse, but it’s one that I think has the nearest term potential as it enables companies to run simulations and test production systems purely in software. In this case, if a customer encounters a problem, they can connect with a contact center agent via a metaverse interface connected to Avaya’s OneCloud Contact Center as a Service (CCaaS).

At GITEX, I talked with Avaya’s International President, Nidal Abou-Ltaif and he told me bringing metaverse in its cloud contact center was fairly easy. “Now that we are fully cloud-native, we can add additional channels without any disruption.” This integration has a tremendous amount of potential as it could be brought together with real estate applications, sports and entertainment, travel, and more. I’m looking forward to seeing where Avaya takes this next.

2. Honeywell and Avaya partner to advance emergency response in smart cities. I have long been a proponent of bringing Internet of things (IoT) and communications technology together. Machines talking to people and vice versa in an automated manner can remove much of the human latency that bogs down processes. At GITEX, Avaya and Honeywell were demonstrating the integration of the Honeywell City Suite Platform with Avaya OneCloud. This combined solution will enable city authorities to monitor activities from a centralized Command and Control Center. The solution also includes advanced video analytics that can monitor crowds, traffic flows, track suspicious behavior and trigger automated emergency responses. This lets cities be smarter and respond faster without having to hire more people, ultimately saving time and tax dollars.

With emergency responses, time is critical, and the automation of UC messages though a product like Avaya Spaces can be the difference between life and death. The initial deployment of the joint initiative will be at Egypt’s new administrative capital, a greenfield smart city about 45KM east of Cairo. One of the interesting aspects of the Middle East is that public sector drives innovation, and then private sector follows, and this smart cities partnership is a good example.

3. Avaya and Wavenet partner to bring private clouds to U.K. Avaya and Wavenet announced a partnership where the latter would offer Avaya OneCloud private as a wholesale offering. This would enable U.K. partners and resellers to sell their own branded UCaaS services, giving them better control of their customers. The cloud is about choice, and Avaya’s partnership with Wavenet creates more options for U.K. based companies. It’s important to note that this does not compete with Avaya Cloud Office (ACO), the software as a service (SaaS) solution done in partnership with RingCentral. Avaya partners that want to sell a public solution can leverage ACO. If they’re looking for a private cloud version, the Wavenet partnership is the right solution.

Most cloud communication providers deliver services via a SaaS model, but the reality is there are multiple forms of cloud. While most of the industry will eventually move to SaaS, there is still a big calling for private clouds. This can be for regulated businesses, where data sovereignty is an issue or for security minded firms.

4. Netherlands-based mortgage lender taps Avaya OneCloud CCaaS to enhance customer experience. A Netherlands-based mortgage lender has chosen Avaya OneCloud CCaaS, with integration services from NTT, to transform how it deals with customers and enable agents to work in a hybrid environment. The company has integrated the Automated Quality Management capabilities of Avaya OneCloud with its business applications to improve the quality of customer interactions through real-time speech analytics. It has also rolled out several self-service capabilities to enable customers to complete mortgage applications through its website.

I had a conversation with one of the IT Team Managers at GITEX and asked if they looked at other CCaaS providers. They told me they took a cursory look, but it was Avaya’s experience with complex workflows like mortgage processing that led them to the vendor. Another interesting aspect of the deployment was that the mortgage lender had to change its KPIs to measure success. For example, every contact center wants to reduce call times, but that can be a false measure of success. In this case, they’re shifting to more behavioral-based routing to ensure customers are matched up with the right representatives. This could lead to longer call times but with more deals closed.

5. Avaya and Uniphore sign global strategic partnership. The John Chambers-backed startup is the most complete conversational AI company that I have met with; it analyzes bots and voice, similar to many other conversational AI ventures, but Uniphore has also added video and sentiment analysis courtesy of its Emotion Research Labs acquisition. I talked with Chambers about his vision for Uniphore at the time and it was to deliver a single AI engine that could analyze conversations of any type – data, voice and video – and that’s what the company has delivered. For Avaya, it’s use of partners in AI has allowed it to bring a tremendous amount of innovation much faster than if it had tried to build it on its own. Uniphore adds to its portfolio of AI partners that also includes NVIDIA and Google giving Avaya a best in class set of capabilities.

What I liked about the announcements at GITEX was the breadth of scope in what Avaya was showing. It moved beyond the unified communications (UC) and contact center news to encompass CCaaS and Spaces, IoT integration, vision on the future of the metaverse, and new partnership news with Uniphore. For Avaya, these announcements were important as it shows that despite the current corporate issues, the company is still focused on innovation and delivering value to customers.