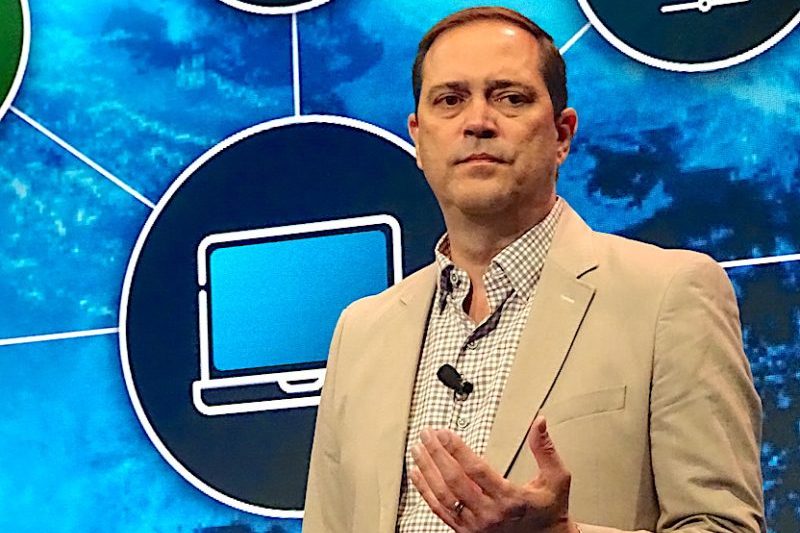 With its fiscal first-quarter earnings reported Wednesday, networking giant Cisco Systems Inc. started off the year with a bang.

Cisco’s numbers are always an important industry litmus test because it’s the biggest networking vendor and has the broadest portfolio. How their quarter goes is a general indicator for the direction of the network, collaboration, service provider spending and security.

Given the weak guidance given by Microsoft Corp., Meta Platforms Inc., Amazon.com Inc. and others, all eyes were on Cisco. The company certainly bucked the trend of a gloomy outlook with a more than solid “beat and raise.” For the most recent quarter, the company generated $13.64 billion in revenue and adjusted earnings of 86 cents per share. That was ahead of consensus estimates of $13.29 billion in revenue and 84 cents per share in profit.

For the second quarter, the company expects revenue growth between 4.5% and 6.5% with earnings between 84 and 86 cents. Financial analysts had projected 4.2% growth and 85 cents of earnings. Adding to the positive news, Cisco upped its full-year guidance. It has projected growth of 4% to 6% and raised that to 4.5% to 6.5%.

The numbers tell a high-level story, which can sometimes be misleading, so it’s always important to look behind the numbers at the company narrative to understand the business fully. Here are my top takeaways from the quarter:

The network has never been more important to businesses

The network has long been thought of as the “pipes” or “plumbing” of a company and most business executives gave it little thought. But the digital era has changed that perception. Almost all digital initiatives involve some combination of mobile devices, cloud services, connected things, edge computing and other network centric technologies.

This has raised the value of the network, since one can’t run a digital business on a legacy network. A supporting data point comes from my research that found 61% of business leaders believe the network is more important today than it was going into the pandemic. This has caused businesses to refresh the wide-area network, Wi-Fi network, data center and everywhere else connectivity is required.

On the investor call, Chief Executive Chuck Robbins (pictured) made the following comments which supported this thesis. “We also saw record performance from a number of products, including the Catalyst 9000 family, Cisco 8000, Wireless, Meraki, ThousandEyes and Duo,” he noted. “Networking is becoming increasingly critical to every organization, led by digital transformation, hybrid cloud, AI and ML workloads. This is driving demand for our technologies. As we’ve discussed, there are also tailwinds for our business such as hybrid work, 400 gig and beyond, 5G, Wi-Fi 6 security and full stack observability. We believe these broader technology transitions will require every customer to re-architect their network infrastructure, and in turn, fuel long-term growth across our portfolio.”

It’s worth noting that this “rising tide” for networking isn’t unique to Cisco, as its pure-play competitors of Extreme Networks Inc., Juniper Networks Inc. and Arista Networks Inc. all saw strong quarters. The growth in networking driven by modernization is a multiyear trend with Cisco capturing the biggest piece of the pie.

Historically, Cisco has had periods of growth that were red herrings, as much of that growth was driven by services, with product growth in decline. While the top-line numbers may look impressive, a company such as Cisco having its services outpace its product generally will lead to the business declining in the future because the company’s services are tied to product growth. This means slowing products will eventually lead to slowing services, which in turn leads to revenue decline.

This quarter product revenue was $10.2 billion, up 8%, while service revenue remained flat at $3.4 billion. Within the product number, Secure Agile Networks rose 12%, with switching growing in double digits.

There were a couple of hiccups in the product area, though, with data center switching declining slightly as was enterprise routing and collaboration. The areas where Cisco is seeing a decline are where the company is transitioning the business from a legacy on-premises solution to a more modern product. For example, Cisco has massive share in on-premises collaboration but has been transitioning this to Webex. The shift from perpetual revenue to subscription does cause a drag on the business, but those areas should resume growing soon after most customers have migrated.

Security is another area where Cisco is going through a transition. Its end-to-end security business rose 9%, but its industry peers are all growing significantly higher than that. Like collaboration, the installed base of Cisco on-prem is huge and Cisco needs to accelerate that shift and do a better job of tying security to networking.

All in all, it was a very strong product quarter for Cisco and that bodes well for the future.

During the call Robbins made the following comment: “The strength of orders, increased visibility and easing supply situation provides us with enhanced visibility and predictability, which underpins the confidence we have in our business and our increased outlook for the year.” This was part of the reason Cisco was able to up its full-year guide confidently. Chief Financial Officer Scott Herren added, “As we navigated a complex supply environment, we were able to increase our shipments this quarter, resulting in about a 10% decrease in total backlog sequentially, which remains at the second highest level we’ve seen.”

It’s true that Cisco’s backlog remains more than $30 billion, but it’s also true that Cisco has better visibility into what’s coming and has a world-class supply chain team. Also, many customers I have talked to are now planning 18 months out to accommodate for product shortages. The combination of supply chain improvements and new customer buying behaviors will remove much of the friction of the past year. Herren did state that the company is seeing seasonality returning to normal, which should lead to reduced lead times and that’s good news for Cisco, its partners and customers.

Cisco is continuing to transition to subscription and software

Every metric that Cisco tracks that involve software or subscription showed signs of continued progress. This includes:

Cisco has been methodically shifting its business to software and subscription, and although there was no “big wow” this quarter, the numbers show a continuation of a multiyear trend.

A restructuring of the workforce is underway,
not cost savings-based layoffs

On the call Cisco mentioned “restructuring actions focused on prioritizing our investments across our highest growth opportunities” as well as plans to incur pre-tax charges for severance and other expenses. This, of course, means layoffs, causing some of the media to interpret this as cost-cutting and headcount reduction. Although this makes good headlines, in this case it’s not true.

On the call both Herren and Robbins mentioned the actions taken are a realignment of people and not driven by cost. Herren added, “In a perfect world, you’d have 100% skill match, and you can take the people in the areas or the skills in certain areas and just move them to where we need to invest and unfortunately it’s not a perfect world.” He then followed up that statement by saying, “By the time we get to the end of the (fiscal) year, our expectation is we have about the same headcount that we had at the beginning of the year.”

Cisco’s business is as diverse as any and part of the success of the company has been ensuring the different business units are staffed correctly. While it’s painful for the people being let go, it is the right way to run business. One the call, management did not give much detail but did mention it was because they wanted to speak to the employees first before making details public, which is also the right thing to do.

Overall, Cisco executed well in its first quarter in a turbulent, complex environment with many global macro issues. It continues to make steady, methodical progress in its business model shift. As the supply chain constraints easing up, Cisco should see an acceleration of the business as that backlog gets reduced, setting up a strong fiscal 2023, although there are still many macro factors that could create “air pockets” of business. I’ll be watching.