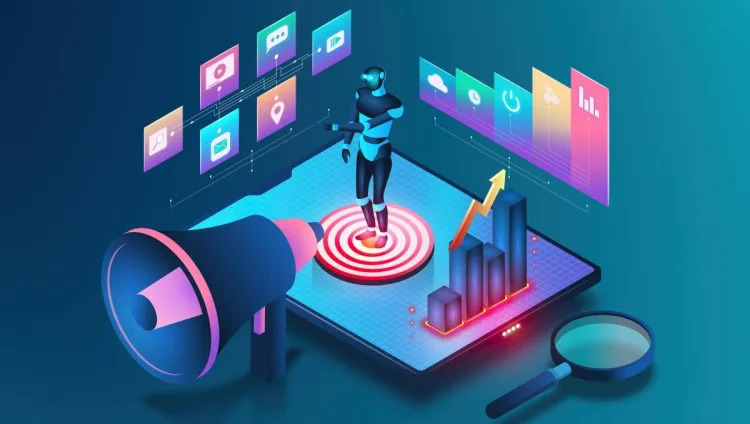 Arguably, no other industry has been impacted by digital transformation (DT) as much as retail. Retail has undergone a major transition over the past few years, with customer experience (CX) becoming the No. 1 brand differentiator.

Today’s consumers demand a good quality digital and in-store experience; otherwise, they move on to other brands that can provide it. ZK Research conducted a study on the subject and found that two-thirds of millennials had dropped loyalties to a brand because of a single bad experience last year. The data also uncovered that 86% of companies with digital transformation plans involve CX, since almost everything that happens in retail touches the customer in some way.

Digital requires a blending of physical IT

While many services and products became digitized during the pandemic, barriers to innovation remain. More retailers need to focus on blending the in-store experience. According to ZK Research, 59% of consumers still visit a store before making a purchase, while 81% of those shopping for premium price products like to see them in person first. This shows that the retail experience continues to be important to consumers.

CX was top of mind for retailers before the pandemic. In fact, 2018 is when CX became the leading brand differentiator. Although most retailers were already headed in this direction, the pandemic accelerated the process. A key digital initiative for retailers is mobile device integration, considering 71% of ecommerce sales are done on a mobile device. Therefore, an integrated point of sale (POS) system is essential for today’s retailers that want to deliver a frictionless, omnichannel CX.

DT success depends on the type of testing a company does. Yet testing every device configuration, application and backend system is time-consuming and complicated. Nevertheless, retailers can have a smooth DT journey and modernize their backend systems without disrupting day-to-day operations. That’s exactly what Staples did; the huge retailer revolutionized its entire network of POS systems and accelerated software delivery thanks to artificial intelligence (AI)-driven test automation.

Jeffrey Besse, director of retail applications at Staples, recently shared the company’s test automation success story during a Keysight Technologies webinar titled “Retail POS Transformation – A Test Strategy For Success,” with ZK Research and IntelliQA, a U.K.-based IT consultancy that provides test automation and robotics services. IntelliQA joined forces with Eggplant, a software test automation platform, which was acquired by Keysight in 2020. The vendors helped Staples implement intelligent test automation into its POS systems, enhancing both the customer and associate experience.

Prior to the implementation, Staples had been running a legacy POS experience for years. The retailer embarked on a DT journey that was not only limited to updating its POS systems but also deploying a new personal identification number (PIN) pad device for payment processing. Additionally, Staples wanted to refresh its automation platform. After an extensive proof-of-concept process, Staples selected the Eggplant platform and a robotic solution from IntelliQA.

“There has been a lot of manual testing in retail. The way we have increased our ability to deliver at a more rapid rate is to bring automation into as many areas as we can through the solution that we had implemented with Eggplant and IntelliQA,” Besse said during the webinar.

What solidified Eggplant and IntelliQA as the right choice for Staples is “feeling like we were entering into a partnership,” Besse said. When evaluating different solutions, it’s important not just to license a technology without forming a solid relationship with the provider. “You’re stepping into an engineering partnership. So, you’re looking to not only strengthen what you can achieve from an automation standpoint, but you’re helping to strengthen the products that others will be able to use as well,” he added.

Test automation has been around for decades, yet retailers are latecomers when it comes to full automation, said Paul Kaye, IntelliQA’s CEO. Typically, solution providers deliver the most common experience, and it’s up to each retailer to configure the platform based on their needs. Retailers extend a platform’s capabilities by adding extra code, which translates into a large number of test cases. Not only does this create potential bottlenecks, but it often requires manual testing. Release cycles for retailers are usually every quarter or longer.

Retailers deal with many different cards, terminals and transaction types that need to be tested with PIN pads. Eggplant is a technology-agnostic platform that works with a two-system model, or digital twin, enabling retailers to test any system or any device, such as POS terminals and physical payment devices. IntelliQA has robots with common base plates that can work with various terminals. In one Staples test case, an IntelliQA robot was used to insert a payment card. Eggplant synchronized with the robot to ensure that the PIN pad worked correctly. The robot entered a PIN and removed the card, successfully completing the transaction.

It was instrumental for Staples to see the solution in action before it was deployed. Staples started with three robots but later saw an opportunity to grow the number of robots. Besse pointed out that this should have been planned better in the long term to allocate more space for additional robots. This was an important lesson learned, Besse said. Companies should continually evaluate as they’re going through testing and have realistic expectations when putting robotics in place.

For example, a company may have a 500-millisecond service level to get a response back. Expecting that time to decrease to one millisecond by implementing robotics may result in failed test cases because of unrealistic expectations. Instead of taking on a large build, companies can build out in smaller increments and repeat. This strategy would improve repeatability, produce more accurate test results, and eliminate bottlenecks.

Although Staples started with a basic approach to automate the POS experience across its 1,049 stores, the retailer realized it needed to create a framework within the platform. Intelligent test automation helped Staples go deeper into some areas and see what else needed to be updated. For instance, an area Staples is planning to automate next is receipt validation.

Throughout the process, Staples achieved cost savings, quick turnaround for releases, faster regression tests, and more effective planning. For those worried about automation taking away jobs, Besse had a few words of advice. As technologies continue to advance, companies will run out of the ability to scale with people. Automation is what helps repurpose people, said Besse. It would be difficult for a company to make any strategic headway without some level of automation.

“A large part of embracing automation is managing change. For us, it’s very much a journey, not a destination,” Besse concluded. “We will continue to evolve both in business and the experience that we bring to our customers and our associates.”