The home of the Golden State Warriors chose Aruba Wi-Fi to power the next wave of fan experience. 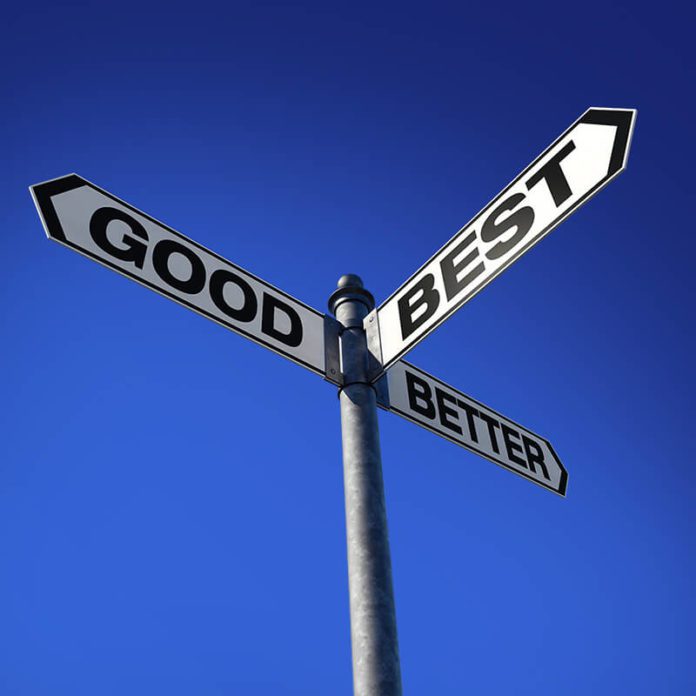 This makes the facility the first live entertainment venue to deploy the latest version of wireless LAN in production. The arena seats over 18,000 “Dub Nation” fans for basketball games but also hosts concerts and other events.

In addition to the arena, the next generation Wi-Fi will provide connectivity to Thrive City, 100,000 square feet of restaurants and retail shops and over half a million square feet of office space across two buildings.

The network has over 250 active Wi-Fi 6E APs in the “bowl” of the arena and was live for the Alicia Keys concert on September 3, 2022, which was a demanding test of performance.

For all the ballyhoo around sporting events, concerts typically always consume more bandwidth than a game, making the concert a perfect way to christen the network. One of the surprising aspects of this announcements was that the Chase Center was one of the first to run Wi-Fi 6.

For those that aren’t familiar with Wi-Fi 6 and 6E, the APs are similar except 6E brings 6 Ghz spectrum into the equation, although there are currently very few 6E devices on the market. Because of this, most network professionals I talk to do not see enough incremental value between 6 and 6E to make that upgrade right now. But the Chase Center did see value.

Sporting and Entertainment are Fully Digital

I recently interviewed Daniel Brusilovsky, VP of Technology for the Warriors, and asked him why the organization felt compelled to make this upgrade right now.

He explained that 6E is about future proofing and staying one step ahead of the fans. “One of the things we realized during COVID is that we need to adapt faster to consumer behavior,” Brusilovsky said. “The pandemic forced everything to be mobile. Services like ticketing, food and beverage ordering and wayfinding are all fully digital and mobile.”

He added, “Interactions with customers and fans are changing and we are using technology to enable that change. Today social media and streaming are common during a game, and we are looking at other technologies such as augmented and virtual reality. It’s our goal to create the most connected experience possible and Wi-Fi 6E lets us future proof even more than we already were.”

The network is built on Aruba’s enterprise class APs. These are not the lowest cost, but they are designed for business use.

There are several low-cost providers, and the manufacturing quality is noticeably different. I’ve personally tested several APs, including Aruba, and have found its APs to be well built and designed for use cases, like stadiums, hotels, airports, and other demanding environments. This matters quite a bit: the cost of having to swap one out can be high as well as disruptive to customers.

Aruba APs have a patented feature called ultra tri-band filtering that automatically adjusts channel selection to eliminate signal interference. This keeps performance high and, more important, consistent. Anyone that has used Wi-Fi in a public facility understands the frustration when it’s working one minute and not the next. I’ve been to the Chase Center several times and have found that the Wi-Fi performs well, even in the NBA playoffs when social interactions are highest.

Given there are no other venues of this size running Wi-Fi 6E, I asked Brusilovsky if there were any concerns in being somewhat of a guinea pig for the technology. He immediately told me there was not and, in fact, the organization loved the opportunity to be first.

“The Chase Center is a state-of-the-art facility and has a wide range of bells and whistles, including an indoor scoreboard and display that’s larger than many outdoor venues,” he said. “We felt moving to 6E was an incredible opportunity to be the first and do something unique in the industry. It is in line with our commitment of being obsessed with creating the best possible fan experience.”

He added, “The 6 Ghz spectrum lets us provide high quality connectivity in dense areas where people are tightly packed, such as the seating bowl. We have great service now, but we know people always want more.”

Fans Should Expect Richer Services in the Chase Center

We then pivoted our discussion to the future and how Wi-Fi 6E will change fan experience.

Brusilovsky told me the organization, like all teams and leagues, is capturing massive amounts of data. Much of the analytics of the data is displayed on the screen in the Chase Center. He told me that the next challenge for the Warriors is to use the mobile phone as an integrated part of fan experience.

“Wi-Fi 6E gives us the ability to offer more services, faster with less latency and a better experience,” he noted. “Previously, we might have only been able to do a few mobile initiatives but now we can do maybe ten at once. This is what we are really excited about.”

I asked why kind of services they were considering, and he mentioned the reuse of content so streaming highlights, replays and then allowing digital sharing.

Customer and Fan Experience: If You’re Not First, You’re Last

The aggressiveness with which the Warriors are approaching fan experience is a good lesson for other businesses such as retailers, hospitality, gaming, and others. The world has become almost completely digital and it’s time to push the envelope on what’s possible.

Fans and customers are fickle and will spend money with brands that offer a differentiated experience. Mobile devices are packed with features and capabilities, but we need the networks to provide lighting fast access to fully leverage them.