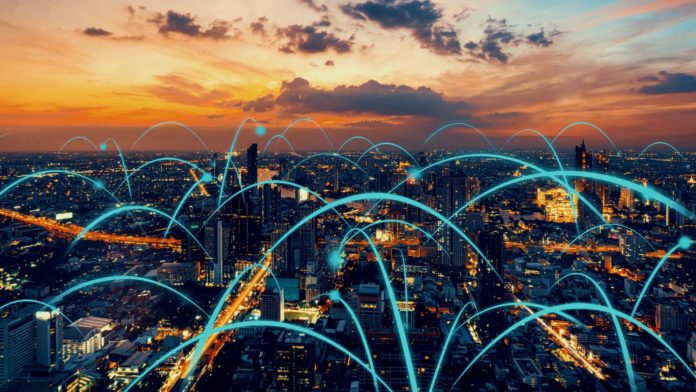 This month, start up Graphiant exited stealth mode with a network as a service (NaaS) offering.

While there are many NaaS solutions available to buyers today, most are just a different way to license the products. Instead of paying $1 for the product and an additional 20 cents per year for maintenance, customers now pay anywhere from nothing to 20 cents up front. with a monthly subscription for a certain term, such as 3, 5 or even 7 years.

While this shift to subscription provides customers benefits, such as distributing payments over the life of the contract versus big up-front payments, there’s nothing “as a service” about this other than the name.

It’s important to understand that “subscription” and “as a service” have the same payment method but are different. The former enables customers to buy what they did before but purchase it differently. The latter enables much greater network agility as customers can move to an “on demand” network model.

Graphiant provides network customers with a network where “any to any” connectivity can be purchased and provisioned quickly. Customers connect sites or even devices into the Graphiant core network and then can create connections between those locations. Typically, a business would need to buy a mix of hardware and network services and then pick one of the lesser of two evils.

One option is the tried and true “hub-and-spoke,” which is simple in design but highly inefficient as traffic is “hair-pinned” across the WAN. The other is a full or partial mesh where network engineers need to manage a complex mesh of connection tunnels between locations. This uses network resources more efficiently but can be a headache to manage in even a medium-size network.

Graphiant Simplifies “Any to Any” Connectivity Across the WAN

Graphiant can be thought of as a “best of both worlds” as it brings the simplicity of hub and spoke with the benefits of a meshed network. Once a business has its locations connected to the Graphiant network, administrators can create point-to-point connections via the Graphiant portal. This includes connectivity to branches, data centers, and IoT devices but also IaaS and SaaS providers such as Box, Microsoft, AWS and more.

The service is highly secure as well. Graphiant encrypts all traffic before it leaves the customer premises, and it remains encrypted until it reaches the destination.

One of the more interesting aspects of Graphiant is how it leverages the strengths of MPLS but marries it with the agility of SD-WANs. The rise of SD-WANs has created the impression that MPLS services are bad. While they are certainly expensive, they do have some benefits. The Graphiant core is a private network, which brings the privacy of MPLS.

This also means there is no need for the customer to build tunnels, which reduces the processing overhead that often creates a performance drag. Graphiant also uses metadata tags, similar to MPLS path labels, which the Graphiant network uses to move traffic between two points.

One of the major benefits of Graphiant is the simplicity it brings to business-to-business (B2B) connectivity. In a world that is become increasingly digital, the need to connect with customers and partners has never been higher.

Historically, B2B connectivity has been a complex task as both companies need to build a DMZ to pass traffic through. These DMZs are then connected, often with static routes, making changes slow and difficult.

Graphiant’s tag-based system enables companies connected to the network to spin up a connection quickly and then shut it down if it’s not needed. Dynamic connectivity has been available within a cloud provider environment but did not extend outside of that service. Graphiant is now introducing this to businesses to create on-demand connections to any point, anywhere.

Digital transformation has made the network a critical business asset. My research found that two-thirds of business leaders believe the network is significantly more important than it was two years ago.

In fact, most of the digital building blocks, such as cloud, mobility and IoT are network-centric, yet most companies are running networks built on legacy networks. The first wave of NaaS solutions brought better economics to the network but Graphiant is bringing a higher level of agility – enabling the network to keep up with digital speeds.